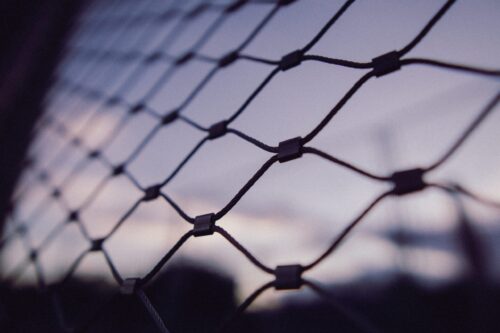 In March 2021, the highest ever recorded number of unaccompanied children entered U.S. border custody: nearly 19,000. Notwithstanding this evidence, news reports from May 2021 claimed that the crisis with unaccompanied minors at the Southern border of the U.S. had abated, simply because the number of minors crossing without parents was much lower than in March.

A good example of the changes from March to May is provided by the Customs and Border Protection (CBP) temporary holding facility in Donna, Texas. In late March, 3,200 unaccompanied children slept on the floor on gym mats, covered only by Mylar blankets. Photos showed “jail-like” conditions and overcrowded “pods.” One small space held 52 children; instead of one child per gym mat, there were as many as three. By May of 2021, the number of unaccompanied children held by CBP had plummeted by 88%. A photo taken on May 2 in the same Donna, Texas CBP facility showed a “pod” with three mats, one child per mat. Other purported improvements were that unaccompanied minors were spending an average of 20 hours in CBP custody, much better than the previous average of 130 hours in March of 2021.

These improvements in CBP facilities and policies, procedures, and practices are significant, but are not adequate in addressing the mental health and well-being of unaccompanied children. Even a relatively brief 20-hour traumatic experience in a CBP facility can have a devastating impact on a child, altering their physical, emotional, cognitive, and social development. Even though these conditions improved, any time spent in austere, impersonal, jail-like conditions is traumatic for immigrant children. Children traveling alone to the U.S. have already been traumatized by separation from their families, often exposed to hunger, illness, violence, cruel treatment and life-threatening situations during their journeys to the U.S.

The new emergency shelters at convention centers, military bases, and other temporary sites are also traumatizing for unaccompanied minors. There is evidence from both Europe and the U.S. that placing unaccompanied minors in supportive smaller facilities is far superior to putting them in large-scale centers. Furthermore, convention centers and other temporary holding facilities are unlicensed and ill prepared to deal with the mental health needs of immigrant children who need special attention. Of all migrant groups, unaccompanied minors are the most likely to develop psychiatric symptoms.

While seemingly small, a number of minor changes could be considered to make such difficult conditions more bearable for our country’s unaccompanied minors. First, children need to be comforted. Although Mylar blankets may be sanitary, they are a far cry from comforting. Real blankets or quilts with the children’s names on them could provide warmth and comfort. Too often, unaccompanied minors go unnoticed; children need to be seen and recognized by name (the best school principals greet every student by their first name each day). Each immigrant child should be given a beautiful name tag to wear.

Other simple comforts include music and food. Music, which carries an inherently soothing effect, could be played in the government’s holding facilities. Hearing, humming, or singing a familiar song has been found to be beneficial for children following traumatic experiences. Traumatized children require higher levels of calories and proteins than non-traumatized children. Children may feel more comforted if the food is hot and has familiar ingredients and flavor. Healthy, delicious, and nutritious food can help unaccompanied minors heal their bodies and their spirits.

Additionally, culturally and linguistically sensitive services should be considered. In the U.S., 48% of the unaccompanied minors are from Guatemala, 27% are from Honduras, and 14% are from El Salvador. These three countries are called the “Northern Triangle”, from which children are fleeing gangs and violence. However, while similarities exist, there also tend to be cultural and motivational differences among children from the three countries. For example, many children from Guatemala do not know Spanish; children journeying to the U.S. from El Salvador and Guatemala are more likely to be escaping poverty, whereas children from Honduras are leaving one of the “murder capitals of the world.”

What is abundantly clear is that unaccompanied minors are at very high risk. Ripped away from their primary caregivers and thrust into a foreign land, these children are frightened. All children deserve a fundamental sense of worthiness, care, and recognition. While the interventions listed here in no way address the immense magnitude of the effects of trauma on a child’s life, they can provide a small first step in mitigating the terror many unaccompanied children face. All the comforting interventions mentioned here are simple and low cost, a stark difference from the complex and high cost toll traumatic conditions can take on a child’s mental health. Our hope is that our recommended kindnesses can, in some small way, help unaccompanied children to prepare for the next stage of their migration journey.